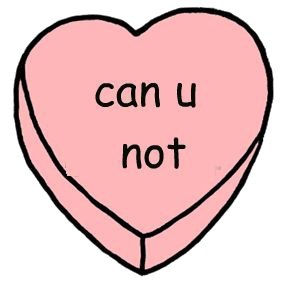 All the statements on this list were said to me at some point during my illness. There are so many myths and misconceptions that still surround eating disorders. They must be challenged.

“You’re not thin enough to have an eating disorder”

Eating disorders come in many forms and the majority of sufferers are not underweight. Mary George, senior press officer for the charity Beat, tells BuzzFeed that “although anorexia is the most reported and best known it only represents 10% of eating disorders. Bulimia affects three times as many people and binge eating has the highest incidence. Some people can experience traits of different eating disorders – having had both anorexia, bulimia, and binge-eating at different times”. An eating disorder is a life-threatening mental illness that has long-term physical consequences. It isn’t a way of seeking attention from others. It’s more important to listen without judgment than make damaging statements about sufferers.

“Eating disorders are for teenagers”

“People with bulimia are just greedy”

This statement is both false and incredibly hurtful to someone struggling with the illness. The stigma that surrounds bulimia has to change, urgently. Too few people are aware of exactly how dangerous bulimia is. Vomiting (or “purging”) can cause an imbalance of electrolytes in the body. This can have serious consequences, including cardiac arrhythmia, cardiac arrest, and even death.

“If you binge you’ve got no self-control”

Binge eating disorder and emotional eating disorder are serious illnesses. They are a way of coping with difficult thoughts and feelings, and say nothing about the ability of the sufferer to “control themselves”.

“You just need to pull yourself together”

You wouldn’t tell someone with cancer or a broken bone to “pull themselves together”, so you shouldn’t say it to someone with a mental illness. No one chooses to have an eating disorder.

“We’re not going to invite you to stuff any more. No one wants to be around someone who doesn’t eat”

If you’re going to support a friend with an eating disorder, you shouldn’t exclude them from group activities. Eating disorders are very lonely, and chances are that they already feel isolated. You can acknowledge that meals out might be very stressful for them at the moment, and if they decline invitations because food is involved, think of other things you can do together that don’t revolve around eating or drinking.

“It’s so shallow to be obsessed with your weight”

Although some eating disorders (like anorexia nervosa) are partly characterised by a preoccupation with body weight, this isn’t the case for all of them. Binge eating disorder, emotional overeating, and pica (eating non-food items like chalk, paint or clothing) don’t usually involve a focus on weight.

“It’s no big deal, I’ve hardly eaten anything today either”

It IS a big deal. According to the National Association of Anorexia Nervosa and Associated Disorders, eating disorders cause more deaths than any other mental illness. If someone with an eating disorder reaches out to you and wants to talk about how they feel, the best thing you can do is listen, rather than making it about you or minimising what they’re going through.

Being critical about someone’s appearance when they’re suffering from an eating disorder is obviously unhelpful. It’s best not to comment at all, or be drawn into conversations about how “fat” or “thin” the sufferer perceives themselves to be.

“It’s all because you had Barbies as a child” There are lots of diverse factors that can influence someone’s vulnerability to developing an eating disorder. It’s not as simple as blaming models or women’s magazines or Barbie dolls. Although unrealistic images of bodies in weight-focused magazines sometimes play a part, eating disorders can be a way of coping with a traumatic life event or another mental illness like depression, borderline personality disorder, or OCD.

“You’re doing this to punish me”

Family members and partners may feel like an eating disorder is a way of punishing them, but there are many more complex factors that contribute to someone developing one. Eating disorders are often used as coping tools, as a response to trauma or a way of dealing with anxiety and stress.

“You’re so lucky, you can wear whatever you want”

Eating disorders are not diets or fads. They aren’t about being able to fit into a pair of jeans (although they can start this way). If you tell someone with an eating disorder that they are “lucky” to be a shape caused by a serious illness, you’re validating what they are doing to themselves.

“There are so many people worse off than you”

This is pretty much true in every situation. It’s not helpful here, and it won’t encourage someone with an eating disorder to “snap out of it”.

No illness, mental or physical, is a choice, and eating disorders are no exception to this rule. Selfishness doesn’t come into it.

What should I say instead?

Mary George from Beat has some advice for supporting a loved one:

“Firstly, listen and support in a non-judgmental way so that your friend or family member will learn to trust you and the support you are giving.

“Encourage them to visit their GP or, if a minor, make an appointment at the earliest opportunity.

“Find out as much as you can about an eating disorder so you will be able to understand mood swings, expressions of anger or times when the person seems isolated and withdrawn.

“You will need to understand the particular pressures people affected by eating disorders can feel – especially around food and weight issues.

“Try not to give advice or criticism, but give time – and listen. You don’t have to know all the answers but just being there is the key.”

If you think you might have an eating disorder

Don’t hesitate to reach out for help. The quicker you get treatment, the more chance you have of making a full recovery.

Help is available and your first port of call should be your GP so you can get a referral to specialist services. To read more, check out Beat, the National Centre for Eating Disorders, and Mind.

Do You Know What Actually Counts As One Of Your Five...

Jan 23, 2015
Sorry, no amount of potato will ever count as one of your five portions of fruit and veg a day.