The Louisiane Apartments are tucked into a pocket of budget hotels and cafes near Captain Oliver’s Resorton the Caribbean island of Saint Martin.

Corinne Jallon and her husband, Daniel Maillot, moved into the Louisiane in 2012. The two had recently sold their bakery in Jura, in eastern France, and embarked on an early retirement of world travel. Tired of mountain winters, they sought the breezy crescents of white sand in the French West Indies. During their tour of the islands, they’d planned to stay in Saint Martin less than two weeks; but once there, they found it hard to leave the tight community of French expats who favor the town of Oyster Pond. Daniel does odd jobs around the apartment complex. Corinne occasionally cleans rooms at the Sol’Hotel across the street to help pay the rent on Apt. 107, overlooking the pool.

In early October 2013, about a week after she’d returned from a visit back to her former home in Europe, Corinne (who is a fit 53) noticed that she was feeling unusually tired during the day, and her back began to ache. Within days she had a soaring fever, and her joints became so tender she could barely walk.

She tells me all this one day early last summer, as she sits on her balcony. The screenless sliding door leading to her living room was open; electricity is expensive and gusts off the sea are free. She speaks in a honey-voiced French, occasionally bending down to scratch a tanned calf. On the table is a battery-powered bug zapper, which looks like a shrunken tennis racket with metal strings. Every so often she grabs it to swat a passing mosquito, which dies in a crackle of insect electrocution.

“I walked like I was 90 years old,” she says, rising to reenact the stooping and shuffling in halting steps across the tile floor. Her joints were so painful she thought they might explode. Her right arm felt as brittle as glass. For three weeks she lay in bed, wishing for any means—including death—to end the pain.

Then Daniel got sick; his right ankle swelled up and his shoulders became sensitive to even the slightest movement. In mid-October, Corinne’s friend Catherine Beneut, who lives one building over in the Tropicana, noticed that her wrists felt sore during her catamaran piloting class. At first she blamed the carpal tunnel syndrome that had begun to nag at her right hand. But now both wrists hurt. A week later, the pain in Catherine’s ankles was so excruciating that she had to support herself against a doorjamb and turn sideways to negotiate the three steps to her bedroom. She couldn’t twist open a jar of jam.

In conversations at the mailbox, or over drinks at the Dirty Des by the dock, the neighbors learned of the odd symptoms that were traveling through their neighborhood. The couple in unit 208, downstairs from Catherine’s, were in constant pain as well. The owner’s wife at the creperie on Oyster Pond Road was sick. A friend who lived on a catamaran was so stricken that his knees buckled like cardboard as he tried to leave his boat.

On November 16, Corrine called Severine Boucau, a public health nurse. “I’m afraid I’m going to be paralyzed,” she said. She listed the others who were sick. “What’s happening to us?”

About that time, Jean-Marc Bonder, M.D., was wondering the same thing. Five patients, including Corrine, had shown up at his office that week at the French Quarter Clinic, a few minutes up the road, all of them complaining of fever and aching joints. They all lived in Oyster Pond. At first he suspected dengue fever, a virus that churns throughout the Caribbean causing severe flulike symptoms. But his patients had tested negative for it, and the joint debilitation outmatched anything he had seen with dengue. The island’s lab sent blood samples from all patients to the French National Reference Center for Arboviruses in Marseille. On December 5, he received the first two results: chikungunya, a disease carried by mosquitoes. Long a menace in Africa and Asia, the virus had now skipped hemispheres and was circulating in the Americas.

The day those lab results came in, health authorities from both the French and Dutch sides of the island had coincidentally scheduled a meeting to discuss the ongoing dengue problem. The agenda quickly shifted, and for two tense hours, Boucau and other public health experts worked out a plan to try to contain chikungunya by draining known mosquito breeding sites and fogging affected neighborhoods with pesticides.

But new cases soon emerged in neighborhoods that resort-bound tourists rarely see, densely populated sectors choked with junk cars and ramshackle houses. Suddenly, the pools of virus seemed endless. “Once we found that it was in opposite ends of the island, we knew it would be impossible to contain,” Boucau says through a translator. She gestures at a map of the initial cases, open on the table in front of her. There are just too many people, too many cisterns, too many hidden crannies for mosquitoes to lay eggs in. And although the health authorities did not know it then, the containment effort was a failure before it had even begun: The first patient in Martinique, an island 270 miles southeast of Saint Martin, had fallen ill on November 2.

The epidemic soon rippled outward from Saint Martin; it was detected first in French-speaking territories and later in English- and Spanish-speaking islands and the outer reaches of South America. When the virus arrived in Haiti in early May of this year, it effectively struck a human petri dish, infecting more than 3,400 people in that nation in the first two weeks alone.

No one doubts that chikungunya is making its way, person by person, to the United States; more than 12 million Americans visit the Caribbean each year, and so far dozens bearing chikungunya have returned to Indiana, Florida, and other states. Given air travel patterns and mosquito concentrations, a study in June put the entire East Coast, from New York City southward, at risk. If an outbreak doesn’t arise from the blood of an infected traveler, the virus could simply travel up through Central America and Mexico. The only question is what the disease will look like if it establishes a foothold in North America. Will it remain confined to the humid Gulf Coast, or become a threat to almost anyone who hikes, runs, bikes, or barbecues?

“Within months the virus has spread throughout the Caribbean and into parts of Central and South America,” says Lyle Petersen, M.D., M.P.H., who heads the CDC’s division of vector-borne diseases. “Nearly 200,000 persons have already been sickened, and the pace of the outbreak is accelerating.”

Chikungunya is actually an old disease. First recognized in the 1950s in present-day Tanzania, it has likely smoldered in East Africa for hundreds of years if not longer. In the language of the Makonde Plateau, where it was first identified, the name means “that which bends up,” a reference to its hallmark symptom of crippling arthralgia.

News of Zika vaccine might be reassuring, but it’s too late for Rio, and do we really need it anyway? 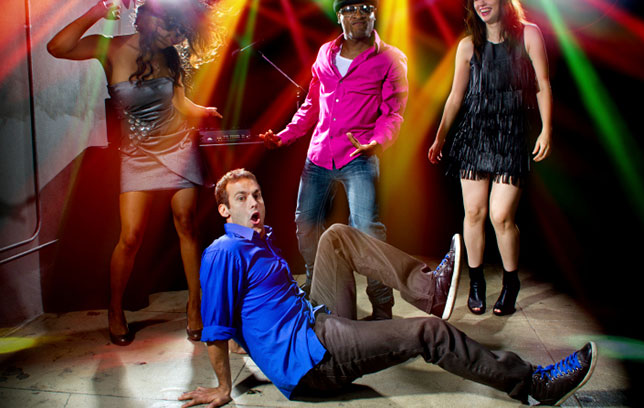 The Weird Reason You Can’t Dance