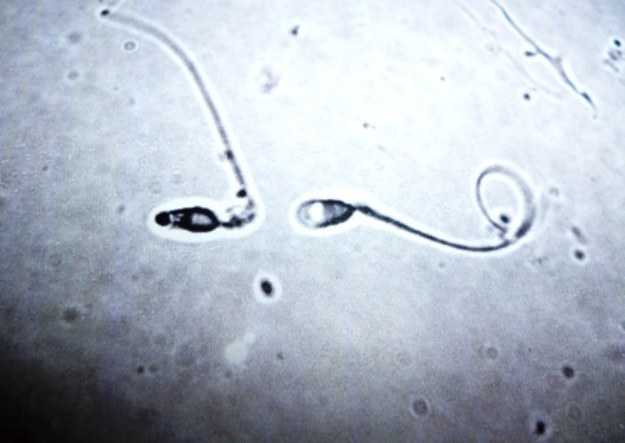 Most fertility-tracking apps out there are for women. Until now, San Francisco startup Glow has been in the business of helping women track their periods and conceive. Its software of the same name, it says, has played a role in more than 50,000 pregnancies, and is supposedly 40% more effective in helping women conceive compared to those who don’t use Glow. The app is one of hundreds designed to track fertility — that is, female fertility.

Glow said Thursday it’s now trying to address the second half of the equation by introducing what appears to be the first, or among the first, app for male fertility. Male factors are responsible for an estimated 30% of infertility cases, but men are less likely than women to talk about their experience and seek help, according to the National Infertility Association. “At the end of the day, it takes two to tango in order to conceive,” Jennifer Tye, Glow’s vice president of marketing and partnerships, told BuzzFeed News.

Glow’s app, available for the iPhone and Android, lets users log daily activities and lifestyle information, like their sex habits, weight, medications, alcohol intake, and even exposure to direct heat sources (like saunas and electric blankets). The app then crunches the data to give men information about their habits. For example, Glow informs aspiring fathers that they might want to ditch lubricant: Most chemical-based lubes have been proven to be toxic to sperm. And night owls might want to know that some studies have tied lack of sleep to lower sperm count. What’s more, men can share that information with their partners who are also on Glow. “A lot of times people hear ‘fertility’ and they only think female,” said Dr. James Kashanian, a reproductive medicine and surgery fellow at Northwestern University, who is not involved with Glow. “What I like about this is it brings attention to the male side and male factors in fertility. It introduces facts and modifiable risk factors … that may not be well-understood or known to the general population.”

Quantifying fertility apps’ efficacy can be tricky because it’s hard to tell whether a pregnancy would have happened anyway. “It’s hard to comment about how they really calculate how that affects individual percentage of being able to conceive during that time,” Kashanian said.

But by adding a new population to its app, Glow is setting itself up to collect increasingly greater amounts of personal data that, analyzed en masse, can add up to surprising or helpful insights for individuals. The company also said Thursday that it is creating a personalized version of its app for patients at Boston IVF and Shady Grove Fertility Center, two leading fertility clinics. Perhaps in a few years, all that data can produce a clear winner in the boxers-or-briefs debate.

“For whatever reason, men are kind of underrepresented when we look at fertility studies,” said Dr. Michael Eisenberg, director of male reproductive medicine and surgery at Stanford University and Glow’s medical adviser. “The idea of crowdsourcing and using big data to look at it is very, very powerful.” Explainer: what treatment do young children receive for gender dysphoria and is it irreversible?

No, Head Transplants Are Definitely Not Going To Happen – BuzzFeed...

Mar 1, 2015
An Italian surgeon is making headlines with the claim that he’s found a way to transplant human heads onto new bodies.