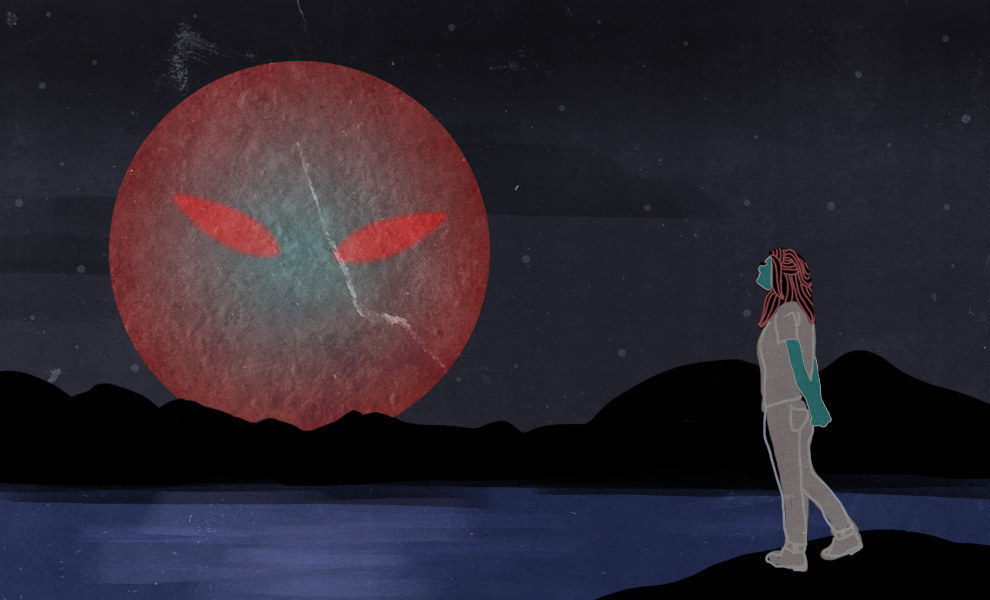 I’ve struggled with anxiety for years.

I have beaten The Legend of Zelda: Majora’s Mask more times in my life than I’ve been in love. I’ve completed the smallest side quests and collected the furthest-flung items, torn through every one of the (blessedly few) dungeons. Once, when I was 10, I sat in front of my family’s TV and used my tape recorder to capture every single one of the game’s songs; I filled the cassette on both sides.

The one thing I’d never done was let the clock run out.

Here is how the game works: You, as silent, solitary , are given three perpetually repeating days to save the world from the impending fall of the moon. You inch forward and then double back. When you make enough progress in a given cycle — rescue a princess, defeat a monster, collect a certain mask that allows you to shape-shift as you need — you play a song on your ocarina and plunge back through time to the dawn of the first day. You retain important items (masks, weapons, for some reason a strange single-shot camera) and lose lesser ones (money, arrows, beans). And nobody, even the people you have just rescued and the creatures you’ve hacked to bits, remembers who you are.

This is a game that you can near-permanently lose. If you do let the moon fall and for some reason choose not to return to the last time you saved, you start over, with no items or progress to speak of. It’s solely on you, with all your flaws and your fears, to keep this world that you love intact.

Lately I’m always afraid that my world will end. That any progress I’ve made — any joy, any success, any love — will reset and I won’t know how to restart. I’m afraid that there’s nothing I can do to stop this shapeless apocalypse, or worse, that I’ve brought it on myself. I spend so much time poring over mental transcripts, squinting to pinpoint exactly where I fucked up, said too much, could have been right or more or better. I blow out these moments until they are louder than the present, thornier than any reasonable future. And I turn my rage over the fact that I can never get back to them on myself, because I am the only thing within arm’s reach.

My anxiety looks like nothing so much as a recurring Zelda character who doesn’t appear in Majora’s Mask: Dark Link, a twisted shadow version of yourself who mirrors and mocks your movements until, exhausted, you beat him down. I’m afraid of what happens in the seconds after I can predict, after I can control, and so that is why last week I drank a comically stiff cocktail, set my Nintendo 3DS on my pillow, and forced myself to watch as the moon crashed into a land that I know every inch of.

It seemed inevitable that the wildly beloved Majora would be remastered for the handheld 3DS, given the success of its ; still, those of us attached to it gasped for news. There have been so many rumors over the past few years, so many Easter eggs and hints and intricate theories. A group called Operation Moonfall sprang up to campaign for the rerelease and dissect all of these hypotheses; articles and blog posts circulated in bursts only to die down days later. And then one day last November I was in a meeting and got a flurry of Gchats from three different people:

The game had been officially announced for early 2015 and I made a noise that really you should not make in a meeting.

Because Majora’s Mask is the perfect fever dream for anyone who wrestles with anxiety and obsession, with a secret harsh longing for control. What if you could return, again and again, to the time just before it all went wrong? What if, armed with a little more knowledge and power each time, you could run around in the past and fix those things you’d thought were intractable?

Majora, with its forgiving balm of repetition, functions as a journey through the most terrifying parts of ourselves. Couldn’t save Romani Ranch from the cow-stealing aliens the first time around? Gave a letter to an unseen man in need of toilet paper instead of its proper recipient? Whip out that chirpy little flute and you have another shot, with no delible mark of your failure to be found. Not to mention those masks: Let ye among us who has not wanted to try on another body at will cast the first Zora egg. It’s a space you can truly learn the rhythms of, and so even when you’re out battling electrified blobs or unfreezing entire mountain villages, you feel, in some way, safe. Of course, the game is also an anxious nightmare. Woven into its fabric is a sense of intense frustration and helplessness. Haven’t you been here before? Haven’t you already solved this problem, cracked this code, moved the hell on?

Majora’s looping narrative is studded with missed connections, with people and not-people forever falling short of what they really want. Neighbors are angry and suspicious, divided over the danger of the moon’s oncoming collision, when truly it doesn’t matter if you stay in town to face it or flee for the hills because it’s bearing down anyway, those snarling eyes closer every hour. In what — I WILL FIGHT YOU I GODDAMN SWEAR — is the most poignant subplot in all of video game history, an innkeeper named Anju stays in the rapidly emptying town to wait for her cursed fiancé, Kafei, who has been transformed into a child. (It’s batshit insane that a series of Twilight fanfic has become so successful and yet I am no closer to reading the Anju-Kafei quadrilogy of my dreams.) And this pain is repeated over and over again! Even when you fix a problem in one cycle, it all resets in the next. It’s impossible to patch up the whole world at once. And so, too, this world. You have your heart broken and then a month later you fall and bruise it again; you get through a summer of panic attacks only to wake up in a hotel room in winter and find yourself bent double, retching and shaking as a friend looks on in worry. Your sister is sick and then better and then back again, maybe, who knows this time what will help, who has ever really known. “How did I get back here?” you hiss. “Didn’t I solve this already? When do I get to rest?” There is such anger that comes with these cycles, such sick déjà vu, such directionless fear. What if this is how things are now, uncomfortable and irreparable and forever? What if this time, the moon actually falls?

There are dozens of YouTube videos of what happens when you lose Majora’s Mask. It’s a question I ask fellow players — hey, have you ever tried? — and usually the answer is yes, once, just to see. I never had because…I never had. Because the same frantic part of my brain that searches for targets to blame screams at me to forever keep going. Because I’m not used to letting myself fail, to letting myself wait, to letting myself not do. Because it turns out that it takes a hefty dose of downtime to bring about the destruction of the known universe!

If you want to let the moon fall, you have to wait all the way through the game’s three-day cycle; you can play a song that speeds things along, but even when you’ve hit the final hour you are still required to sit through five full minutes without doing much of anything. I can’t remember the last time I sat in silence for that long, not letting myself thumb through Twitter or bite my cuticles or go go go fucking go. (Two days after, I took a meditation lesson, which felt eerily similar.) There’s an empty suspended calm that comes from knowing you are not going to win this time, but that for once, you have to let yourself be.

When the moon hits, there is fire and destruction. There is horrible whooshing music. (Nothing 10-year-old me ever would have recorded.) There is that distinctive crunch that says damn, you messed up, why couldn’t you be good enough? Buildings topple. Your enemy laughs. The people who trusted you are crushed under the weight of your failure and you are paralyzed as you watch the life that you’ve built for yourself violently extinguished in under a minute.

And then it stops. The apocalypse has come and gone. You wake up, yet again, on the dawn of the first day.

The song that started it all. w.soundcloud.com

The 3DS version of Majora’s Mask doesn’t stray far from the original. Playing it, on the subway and in stolen moments at work (lol oops sorry guys), has felt as sharply familiar as smelling a perfume I used to wear. But what I never realized until this time around is that Link isn’t just trying to save the world. First and foremost, he’s on a journey to save himself. To find a lost friend, to recover his own physical form. To get back to somewhere that makes some sense.

Each three-day cycle isn’t only undertaken out of necessity or desperation — it’s an act of hope. Hope that maybe next time you’ll advance, that when you go back to the place you dread you’ll be better equipped to take it on, that with the right combination of insight and blind luck you’ll — I’ll — be a little less afraid.

Did I Give My Son ADD

8 Facts About Jock Itch That Might Make You Squirm